Manga are Japanese comics or graphic novels, which were formed in the late 19th century. Since the 1950s, the Manga have become a very pivotal part of the Japanese Publishing Industry. It has a huge market in the country as well as the whole world. The fever of Mnaga has already reached allshores of globe. Let us know more details about one such Manga namely, Hideout.

Hideout Mnaga was originally published in the Manga magazine ‘Weekly Big Comic Spirits’ in the year 2010. The whole Manga was serialised in just one single volume in the time period of 14th June, 2010 to 23rd August, 2010. The manga was written and illustrated by Masasumi Kakizaki.

The lead of this Manga is former writer and husband in the story, Seichi Kirishima. He is husband of Miki Kirishima, who lost his son, planning a plot of murder on her wife while being on a vacation. His wife, Miki Kirishima, is already burning from inside with vengeance after her son’s death who was their only child. And an old man, who has the weakness of seeing light, being in the dark for the majority of his life. The old man feasts on the flesh and blood of womans, he takes as prisoners in a very dark cave throughout his entire life.

The once happy and cheerful couple of Seichi and Miki Kirishima, get shattered with their son’s loss and were in desperate need of moving on from that news. To overcome that tragic incident, the couple decide to take his wife to an Vacation Island in the southern part of Japan for a better relief to them both.

But the real motto of that vacation reveals after that he was on his deadly quest to kill his wife on that vacation, as he was angry at her for her sons’ death. He plans to kill her on that vacation and throw her body in that deep, dark jungle on the island. The plan soon misfires, as his wife learns the truth of his husband’s evil plan and runs away into the jungle. In a misjudgment, Seichi follows her into a very dark cave where he is trapped by an old man, who feasts on the  blood and flesh of the people he captured as prisoners. Now how Seichi manages to escape the human bloodthirsty Cannibal and what happened to his wife is what makes  up the remaining part of the novel.

Hideout Manga was a very short, detailed script work and intriguing work of art, concentrating on the Psychological Horror aspect of the genre. Written by Masasumi Kakizaki, he gave the thrills and unexpected twist throughout the original run, which made the publishers Shogakukan believe in his work. The manga did good business by selling more than 500k copies and many people are not over this illustrations and creepy style of writings. It got a very spooky, intimately chilling and fear mongering novel in that year. Gaining good amount of attention in the hearts of horror fans. The manga was released in the magazine Weekly Big Comic Spirits in the time period of the single year of 2010 between June to August, in just one volume. 5 Things Everything You Need To Know THC Pills 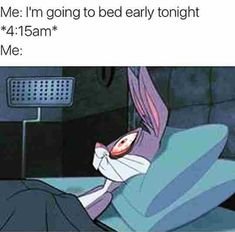