Magic mushrooms, often known as shrooms, are a type of hallucinogenic fungus found all over the world. Numerous ancient civilizations, including the Aztecs, Mayans, and other indigenous peoples, used them for spiritual and therapeutic purposes.

Psychedelic fungi have gained popularity recently due to their medicinal and recreational benefits, but they are also known for their potency. This essay will go through what’s strongest magic mushrooms in the world and how to recognize them safely.

The Active Ingredients in Magic Mushrooms

The ratio of these three chemicals varies between magic mushroom species, subspecies, and even populations. And their proportions influence the outcomes of the mushroom trip. Some people are more meditative, while others are more visual.

Psilocin concentrations are highest in fresh mushrooms and lemon tek, a process in which psilocybin is converted into psilocin using lemon juice. The lemon tek method of eating magic mushrooms can lessen nausea and lengthen the trip and heighten the whole experience. Psilocin is the molecule in mushrooms that interacts with the body directly and causes the psychedelic experience.

Baeocystin is the less-studied sibling of psilocin and psilocybin. It is, in fact, a psilocybin derivative. It is unknown what role it plays or how it affects the body.

When baeocystin has been administered alone, its effects have been comparable to a comparable amount of psilocybin. On the other hand, a study found no significant difference in the behaviour of mice fed baeocystin versus saline solution.

Types of the Strongest Magic Mushrooms in the World

Psilocybe Azurescens is at the top of the list because it has the potential to be the most powerful in the world. Flying Saucer or Psilocybe azurescens are closely related to P. subaeruginosa, which contain up to 1.8% psilocybin, 0.5% psilocin, and 0.4% baeocystin. Azurescens will likely cause a DMT trip.

“Flying saucers” have a caramel-coloured crown that turns yellow when it dries, similar to P. subaeruginosa. They have a white, fibrous stem with varying lengths and thicknesses, a purple-black spore print, and all psychedelic fungus components bruise blue.

Conocybe cyanopus is a hallucinogen and one of the many little, unassuming “brown tiny mushrooms” grown on lawns and parks. It contains trace quantities of psilocin, 0.33 to 0.55 percent alkaloid and 0.93 percent psilocybin.

The sclerotia did not stain blue and contained 0.25 percent psilocybin when dry, with no additional alkaloids found. Conocybe species from warm countries have yet to be studied, but their chemical composition and alkaloid content may yield astonishing results in the future.

Furthermore, this lesser-known species mimics two venomous species found in the same location. We encourage you to avoid this species, as it is not worth the danger.

Another tropical species with dense growth is Thailand. The cap has a 7-15 mm average diameter, is approximately convex to conic shape, and is umbonate with a little papilla. The cap is dense and contains a pellicle that is detachable. The colour is reddish-brown when wet but becomes light brown when dry.

The fruit bodies’ psilocybin and psilocin ratios ranged from 0.023 to 0.90 percent (dry weight) and 0.05 to 0.81 percent, respectively. Furthermore, baeocystin contains quantities ranging from 0.01 to 0.05 percent.

Although certain Psilocybe tampanensis fungi can be found in the wild, they are typically produced as sclerotia and sold as “truffles” throughout the Netherlands. This species is frequently the source of magic truffles. Truffles (or sclerotia) grow underground after a fire. It contains up to 0.68 percent psilocybin and 0.32 percent psilocin in this product—psilocybin and psilocin in up to 1% dry fungus.

Panaeolus cyanescens, sometimes known as Copelandia cyanescens or “The Hawaiian,” is frequently mentioned as being even more potent than P. cubensis, with some stories claiming that it contains two to three times the amount of psilocybin and psilocin.

Some users claim that Copelandia Cyanescens provides blue-green-hued sights. All three can be quite challenging and are not recommended for inexperienced players. These mushrooms are among the most potent fungi, containing approximately 2.5% psilocybin and 1.94% psilocin.

These magical psychedelic fungi contain tryptamine alkaloids, which have mind-altering/expanding properties, making them a favourite choice among modern psychonauts.

Potency variations are common in both farmed and wild fungus colonies. Substrate and growth conditions are essential, although even these do not define exact indole concentrations. As a result, don’t assume that because you’ve produced them, they’ll be more predictable than their wild counterparts.

The strongest magic mushrooms in the world are all potent and may or may not help you better your life. Always verify the proper dose and purchase it from a reliable online dispensary to ensure that you are consuming a safe psychedelic.

You can also ask a friend or someone you know who is knowledgeable about it. Always conduct your research to ensure you know what psychedelic fungus you want to buy next time. 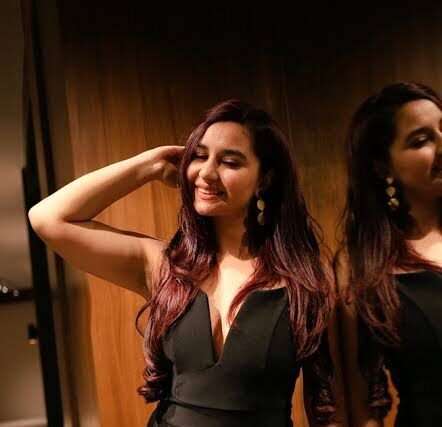